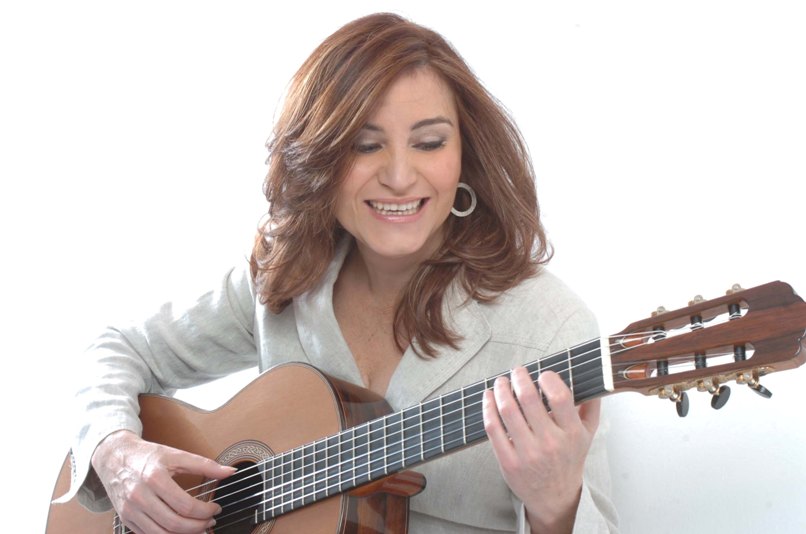 Berta Rojas ranks among today’s foremost classical guitarists. She has been praised as “guitarist extraordinaire” by the Washington Post and by Classical Guitar Magazine as “Ambassador of the classical guitar.”

After initial studies in her native Paraguay with Felipe Sosa and Violeta de Mestral, Berta studied in Uruguay under Abel Carlevaro, Eduardo Fernández and Mario Payseé, and at the USA’s Peabody Institute under Manuel Barrueco, Ray Chester and Julian Gray. She has recently joined the prestigious Berklee College of Music as Associate Professor, sharing her knowledge and love of music with a select group of young guitarists from all over the world.

Berta takes her audience on a colorful journey of sound, embracing new works by composers in diverse genres. The journey is echoed in recordings such as Cielo Abierto (2006) and Terruño (2009), as well as the duo with Carlos Barbosa-Lima on Alma y Corazón (2007) and the celebrated Intimate Barrios (2008). On her latest recording, Felicidade (2017), she pays tribute to Brazilian music, with guest artists including Gilberto Gil, Toquinho and Ivan Lins.

Berta’s acknowledged warmth and musicality have earned her the admiration of audiences at major venues worldwide, like Carnegie Hall, the Lincoln Center, in New York, London’s South Bank Centre and the Kennedy Center in Washington D.C.

In addition to continually enriching her own career through international tours and master classes, Berta Rojas is firmly committed to furthering and disseminating the classical guitar. A particular focus is on promoting the music of her country, Paraguay, as well as Latin American music more widely, and her ongoing support for the careers of young, upcoming guitarists.